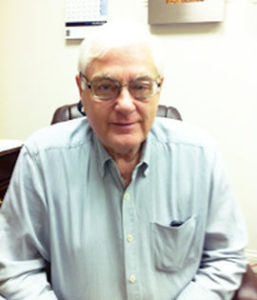 An over forty year resident of Las Vegas, Mr. Raben has been a CPA in Las Vegas since 1974 and has extensive experience in the preparation of financial statements, taxation, and special engagements in preparing business valuations.

Mr. Raben is an expert in the area of business valuations and has testified as an expert witness in the Eighth Judicial District Court in and for the County of Clark, State of Nevada.

Mr. Raben earned his Bachelor of Science degree from Washington University in St. Louis, Missouri in 1967 and became a CPA that same year and was admitted into the AICPA as well. Mr. Raben moved to Las Vegas in 1971 and became a member of the Nevada Society of CPA’s in 1972. Terry then received his certificate of achievement as a Certified Business Valuation CPA in 1996.

Mr. Raben is happily married to his wife Barbara of 14 years. Mr. Raben has a son who is retired from the Air Force and a daughter who is a teacher. He also has four step-sons who all live in Las Vegas. Mr. Raben enjoys watching sports and reading, but his true passion is the St. Louis Cardinals baseball team.

Mr. Raben has owned and operated his own accounting firm for nearly his entire career and has many clients who have been with him since he started his business. His clientele includes, doctors, lawyers, State of Nevada Supreme Court Justices, and convenience store owners, to name a few. 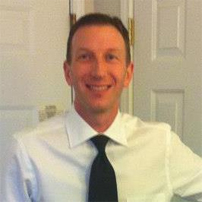 A twenty-eight year resident of the Las Vegas area, Mr. Grisar graduated in 1998 from the University of Nevada with a Bachelor of Arts degree in Political Science and was a Senator for the College of Arts & Sciences.

After graduating, Mr. Grisar was a successful retail store manager for two major retail companies. In 2007, Mr. Grisar went back to college to pursue a degree in accounting and in 2009 graduated with honors from the University of Phoenix. In February of 2010, Mr. Grisar joined C. Terry Raben, Ltd. as a Senior Accountant.

Mr. Grisar is happily married to his wife Robyn of 20 years and has three children. He enjoys coaching his kids little league baseball team, watching his daughter’s orchestra performances and teaching his youngest son how to play sports and to ride his bike. Mr. Grisar is also a fan of the Los Angeles Dodgers, the Los Angeles Lakers, UNLV Runnin’ Rebel basketball and the Vegas Golden Knights!!